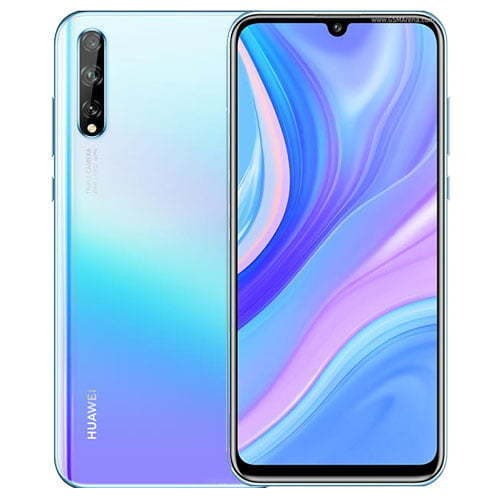 The smartphone has a 6.3-inch touch screen with perforated display and capacitive, multi-touch touch screen. The IPS LCD offers a resolution of 1080 x 2400 pixels and a pixel density of 418 pixels per inch (PPI) and an aspect ratio of 20:9 ratio, plus a rear-mounted fingerprint sensor.

It runs EMUI 9 based on Android 9 Pie and contains 128 GB of integrated storage. The Huawei Y8p is a Hybrid Dual SIM  smartphone that accepts cards from both Nano-SIM, dual stand-by.